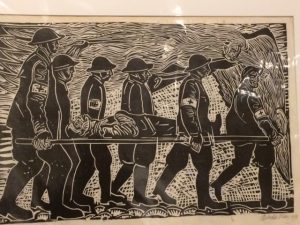 At the end of the First World War the total number of deaths of military personnel is estimated between 9 and 11 million.

The total number of military and civilian casualties in World War I was approximately 40 million: estimates range from 15 to 19 million deaths and about 23 million wounded military personnel, ranking it among the deadliest conflicts in human history.