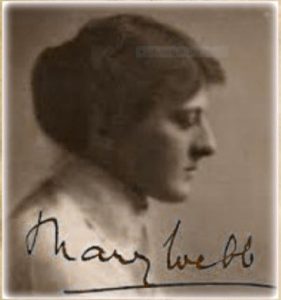 The Mary Webb Society begins their programme of centenary events in 2016 to commemorate the 100th anniversary of the publication of Mary Webb’s first novel The Golden Arrow with a special exhibition at Shrewsbury Museum & Art Gallery, from 7th March to 5th June. The central theme of the book was the legend of the Golden Arrow, said to be buried on Pontesford Hill. Mary Webb knew the hill well and also the legend as she lived in Pontesbury during much of WW1.

Her evocative novel immortalised local customs and the Shropshire dialect, together with its stunning landscapes such as the Stiperstones (Diafol Mountain) The Long Mynd (The Wilderhope) and local places like Shrewsbury (Silverton) and Ratlinghope (Slepe). She continued this within her later works which earned the area the name it still retains to this day: ‘Mary Webb Country’. Also in March, the museum will be hosting talks about Mary Webb, plus family craft days in April and May.

Theatre Severn is screening Gone to Earth (1950) at 2.30pm and 7.00pm on 20th April. This Powell and Pressburger Hollywood blockbuster put Mary Webb’s Shropshire well and truly on the map as it was filmed in key locations including Pontesford Hill, Habberley, Snailbeach, Stiperstones, Church Stretton and Much Wenlock, with numerous local people taking part as extras. The extraordinary film cinematography beautifully captured the old Shropshire of a bygone era, together with the spectacular Shropshire landscape which formed a dramatic and powerfully pervasive presence in both the film and the novel. 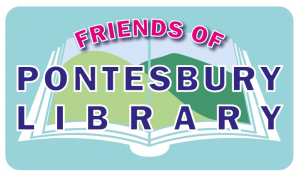