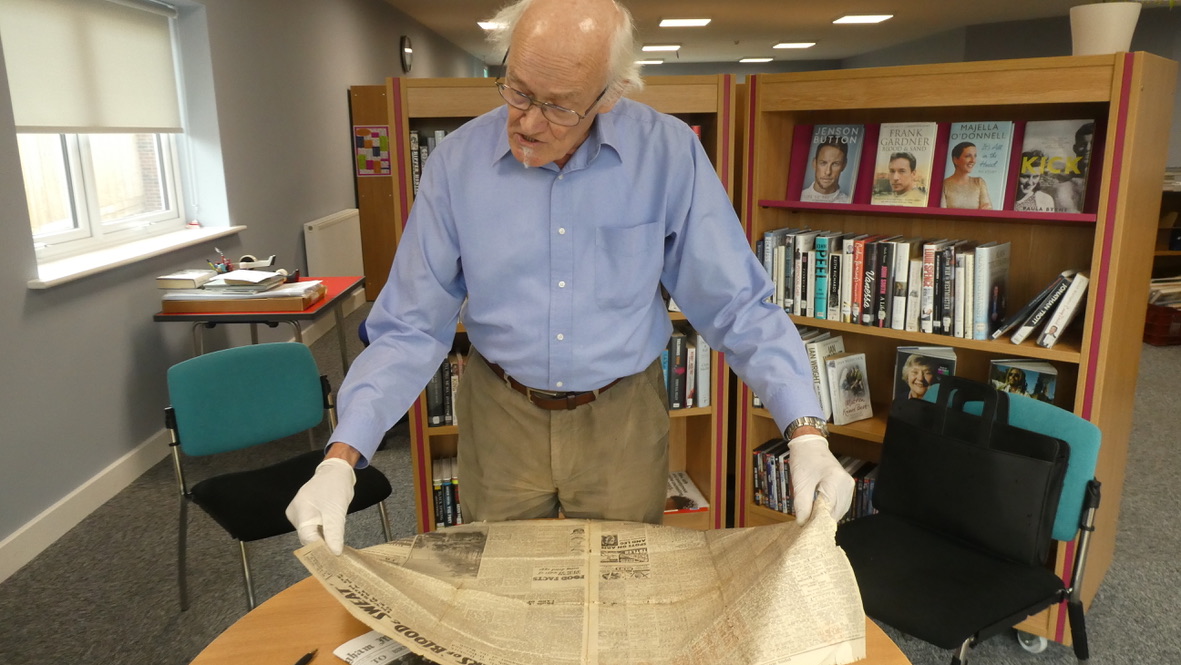 Ken and I met in the new library area of the Pavilion.  He had kindly brought in some of his memorabilia relating to VE Day 1945.  First off we looked at two local Birmingham newspapers.     ( see video below)

Ken had a card given to all school children at the time to commemorate the occasion of VE Day. Here he is explaining it.

Ken has always been interested in history.  He has a keen eye for the small details which reveal  the social history of the time, like the newspaper adverts that appear alongside the headline news.

Everyone in the local area dressed up in costumes to celebrate the ending of the Second World War in Japan with a street party.

Ken closed with a reflection on the Second World War in this last video clip.  Thank you, Ken, for sharing your memorabilia with the VE DAY Memory Box